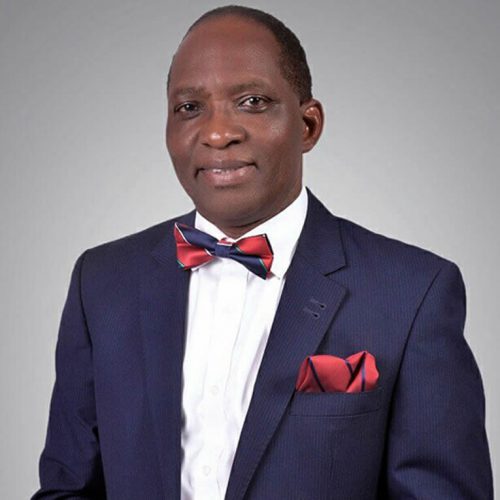 Adesegun Olayiwola FATUSI, the Team Lead, PAANEAH Foundation, is a public health physician and a Professor of Community Health at the Obafemi Awolowo University, Ile-Ife, Nigeria (OAU) as well as Honorary Consultant Community Health Physician at the Obafemi Awolowo University Teaching Hospitals Complex (OAUTHC), Ile-Ife, Nigeria. He is currently the Provost, College of Health Sciences, OAU. Prior to that, he was the Director of OAU’s Institute of Public Health (IPH). In addition, he served as the Director of Population and Reproductive Health Programme (PRHP) from 2008 to 2014.

Adesegun Olayiwola FATUSI graduated from OAU in 1987 with Bachelor of Medicine, Bachelor of Surgery degree, and with distinction in Community Health and the Lawrence Omole Award for the best student in final year Community Health examination.  In 1992, he won the Federal Government one-year abroad award for the best candidate in the Part I examinations of the Faculty of Public Health of the National Postgraduate Medical College. He graduated from the International Masters of Public Health programme of the Hebrew University, Hadassah, Israel, in 1995 with summa cum laude honours. He obtained the Fellowship of the West African College of Physicians in Community Health in April 1995. He was a Gates-Packard Scholar, Population Leadership Programme of the University of Washington, Seattle, USA between 2001 and 2002, and a Visiting Scholar at the Gates Institute for Population and Reproductive Health, Johns Hopkins Bloomberg School of Public Health, Baltimore, USA in 2007.

Fatusi is a highly committed teacher, consummate researcher and outstanding mentor. He has published widely and presently has over 100 publications. Prior to his academic career, he worked as a Technical Advisor to UNFPA-supported Reproductive Health programmes in Nigeria from 1996 to 2001. His areas of interest are: Adolescent Health, Reproductive Health Epidemiology, and Public Health Leadership and Policy. He has a strong focus on bridging the gap between the academia and field-based public health practice. Beyond the academia, he is well known and highly regarded with his frontline roles in leading national public health research initiatives, policy development and population-level programming at national and sub-national levels in Nigeria and beyond in the field of Adolescent Health, Reproductive Health Epidemiology and Services, and Health Leadership and Policy.

Fatusi was also the technical advisor for the project under which Nigeria’s first National Reproductive Health Policy was developed. Furthermore, he had served as the lead consultant for the development of a number of other national policy documents, including: National Policy on the Health & Development of Adolescent and Young Persons, National Policy on HIV/AIDS 2010-2015, National Strategic Framework on HIV/AIDS 2010-2015, and National Policy on HIV/AIDS Research Agenda (2010), and the Revised National Reproductive Health Policy (2010). He was also a member of the team of consultants that developed the National Policy on Population for Sustainable Development, National HIV/AIDS Behaviour Change Communication Strategy 2004–2008, and the National Maternal Mortality Reduction Road Map. He was a member of the Ministerial Committee that developed Nigeria’s Health Sector Reform Programme in 2004 as well as the Technical working Group for the new National Health Policy.  His experience in leading national research initiatives include the National Study on School Health, Performance Factor Special Study on Reproductive and Child Health, the National AIDS & Reproductive Health Survey, and the National HIV/AIDS Knowledge, Attitude and Practices and School Health Survey. He has worked as a consultant to several international development agencies, including WHO, UNFPA, UNICEF, World Bank, and USAID. 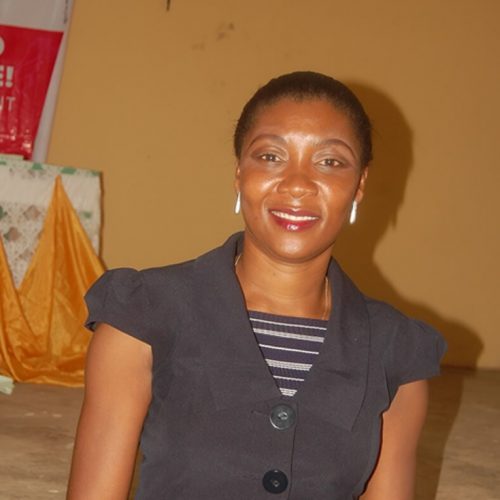 Bamidele BELLO, the Deputy Team Lead & Technical Director, PAANEAH Foundation, is a highly dynamic researcher, research manager, training facilitator with a high level of professional commitment and increasing international experience. She holds a BSc. and Masters of Public Health Degree from the University of Ibadan, and is at the concluding stages of her Ph.D studies in Child and Adolescent Health at the University of Ibadan.

She had previously worked in a volunteer position with the World Health Organisation Nigeria office, and as the Senior Programme Officer in charge of Research at the Population and Reproductive Health Programme (PRHP). At PRHP, she coordinated the field implementation of several funded research works, including multi-country studies. Among others, she had responsibilities for the planning and coordinating the technical and scientific dimensions of the field implementation of various research agenda, including the Nigerian arm of the longitudinal 6-country Family Health and Wealth Study (funded by the Bill and Melinda Gates Foundation through JHSPH).

She has also served part of the core technical team and as the Field Manager for the National Tuberculosis Survey and Follow-Up Study (funded by the Global Fund for AIDS, Tuberculosis and Malaria through the Association for Reproductive and Family Health) implemented across in six states in Nigeria in 2012, and the Quality of Tuberculosis care in Nigeria carried out across 12 states in 2017. She was the Coordinator of the Nigerian Arm of the multi-partner funded 15-country Global Early Adolescent Study (GEAS), as well as the formative research and testing of materials undertaken for the World Health Organization headquarters by Academy for Health Development (AHEAD) in the context of the development of the Global Accelerated Actions for Adolescent Health (AA-HA!) framework. She also has excellent skills in proposals development, knowledgeable both community-based and facility-based studies, and skilled in the use of both quantitative and qualitative methods of data collection and analyses.

She is also adept at development of training materials and training facilitation. Among others she was one of the technical experts who developed Nigeria’s National Training Manual on Adolescent Health. She also has experience in policy development; she, for example, served as a Technical Associate for the development of Nigeria’s “Integrated Reproductive, Maternal, Chid, Newborn, Adolescent, and Child Health +Nutrition Strategic Plan” in 2016. 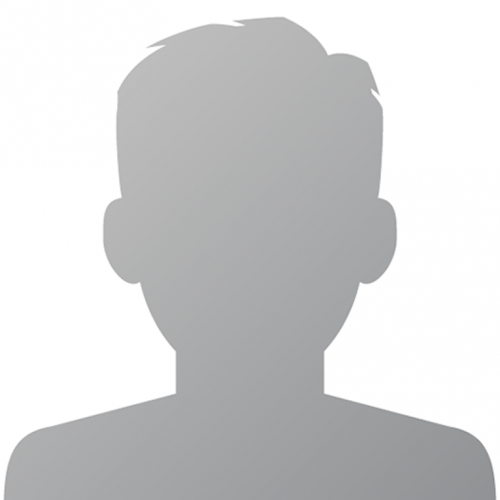 Olajide Oladapo FATUSI is a B.Sc degree holder in Mathematics from the University of Ibadan, Nigeria. He is currently a Mathematics and Further Mathematics Tutor in Ogun state, Nigeria.

He had worked with “Step to Life”, a Christian non-governmental organization that is into Prison Ministry, as a Bible Study instructor. He is currently the Technical Advisor, Community Liaison & Partnership, & Representative of the Board in PAANEAH Foundation. He also freelances as a Mathematics tutor for students in secondary school on PAANEAH Foundation platform. 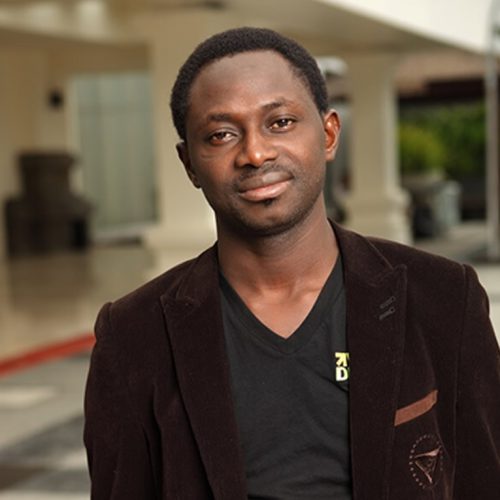 Babatunde Ajidagba, the Technical Advisor, Programme Development & Research Implementation, PAANEAH Foundation, has a rich blend of professional educational background in both basic and medical sciences, and over a decade experience of public health programming. He obtained a Bachelor of Science (BSc) in Microbiology, and Bachelor of Medicine, Bachelor of Surgery (MBChB) degree from Obafemi Awolowo University, Ile-Ife, Nigeria.

Babatunde Ajidagba has also obtained certificates in Sexual and Reproductive Health (through Women Deliver E-course), and in Project design and Proposal writing (through Women Deliver C-exchange youth initiative E-course). He is a certified ATLAS.ti professional trainer in qualitative data analysis. He is skilled in both quantitative and qualitative research methods.

As a student, he served as the Coordinator of the Campus Health and Rights Initiative (CHRI) – a youth-led, and youth-focused organisation with particular focus on sexual health and rights of university undergraduates. His experience with CHRI gave him is entering point into public health programming, and a foundation that he has consistently built upon in the recent years. Over the last five year, he has particularly deepened his experience of working as a researcher, and linking research with programming to design and drive evidence-based intervention of public health programmes.  His research experience cuts across operation research, implementation research, and monitoring and evaluation with national bodies and internationally-funded programmes. His research work has particularly focused on HIV/AIDS, cancer, sexual violence, and he has contributed towards national policy developed.

He is also member of International Development Evaluation Association(IDEAS) which focuses on knowledge sharing and capacity development of members globally. He is an acknowledged young leader in the field of sexual and reproductive health, and belongs to the cohort of Class of 2013 Women Deliver Young Leaders.

Olayinka ASUBIARO, the Project Officer, PAANEAH Foundation, obtained her Bachelor of Science (BSc) degree in Demography & Social Statistics and Masters of Public Health Degree from the Obafemi Awolowo University. She has a Certificate in Research Ethics Evaluation.

She is a National Master Trained with UNICEF on programming and addressing the issues of vulnerable adolescents and adolescents in humanitarian situations. She is highly experienced in qualitative and quantitative field research activities, analysis and report writing, planning and logistics of field work implementation. Some of her recent assignments include the participation in the development of a World Health Organisation framework for national plan for the health of adolescents (Accelerated Action for the Health of Adolescents (AA-HA). She is skilled and experienced in providing quality control in data management, and she coordinated the real time data management quality check for electronic data collection for national study on TB quality of care in Nigeria, which was carried out in twelve states across Nigeria in 2017 with funding from USAID/MEASURE Evaluation/JSI. 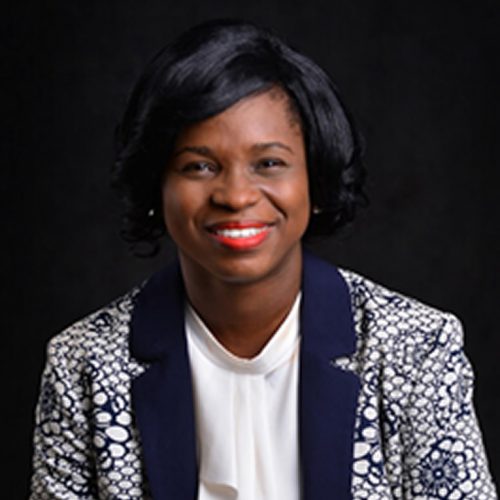 Lamide Akanbi, the Programme Associate (Technical and Logistics Management), had her first degree in Food Science and Technology, Obafemi Awolowo University Ile Ife Osun State. She has a passion for the development of youths and adolescents particularly the vulnerable ones.

Lamide Akanbi has a drive to interact with adolescent and mobilize them to achieve their goals in life through mentoring, capacity building programs, counselling and has pioneered several youth forums. She is experienced in managing programs and projects and has undertaken several projects. 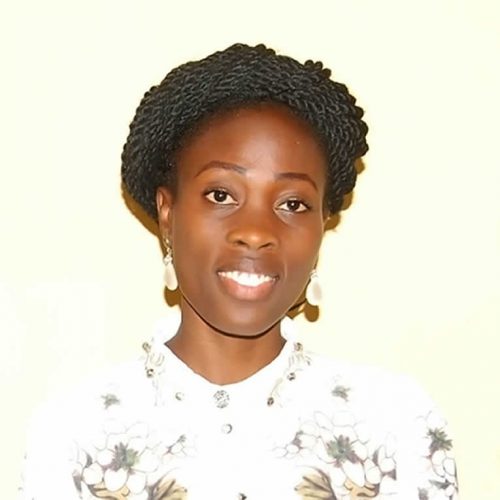 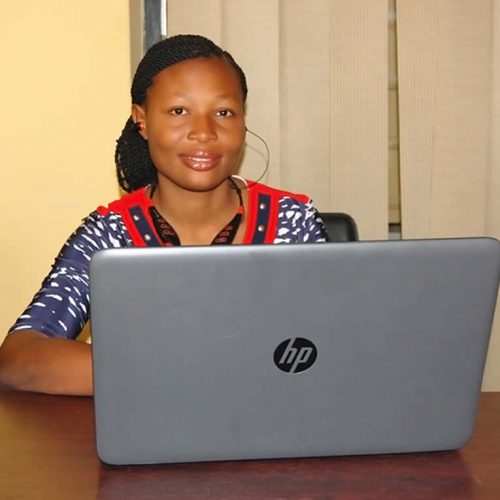 Rachel Akomolafe, the Project Communication & Social Media Associate, PAANEAH Foundation, had her first degree in Literature-in-English from Obafemi Awolowo University, Ile-Ife, Osun State, Nigeria. She handles communications, manages the website and the social media platforms of the organisation. She had previously worked with Daily Times as a Freelance Judicial Correspondent. She is also a well trained, efficient photographer and photo editor. 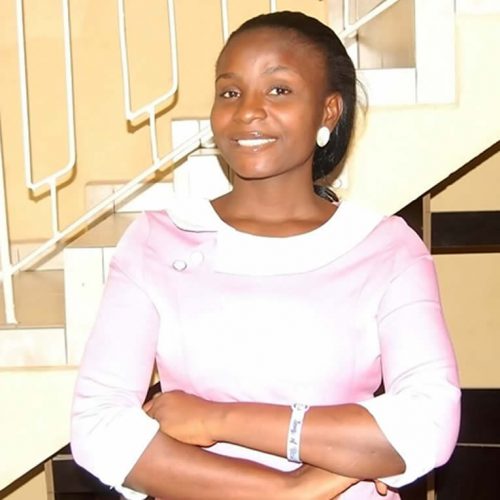 Adenike ADEYEYE, manages PAANEAH Foundation’s Finance Systems section. She had a Bachelor’s degree in Accounting from Obafemi Awolowo University, Ile-Ife, Osun State. She is an Associate Member of the Institute of Chartered Accountants of Nigeria and holds a professional certification as a chartered accountant from the institute. She had previously worked Gbenga Afolabi & Co Chartered Accountant (as Audit Trainee), Oceantrans and trading International Ltd (as Account Officer), Boldform Consult Limited. (as Admin & Account Manager). 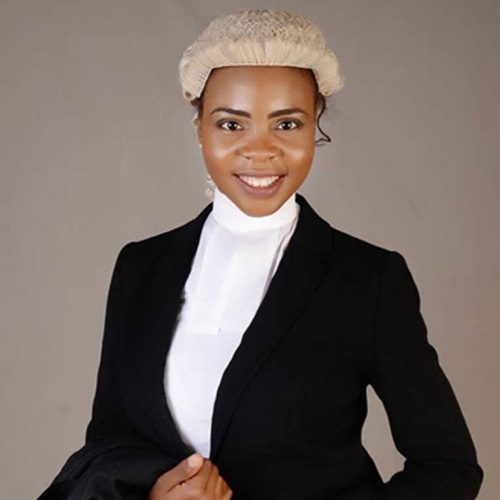 Oluwadamiloju Fatusi, the Legal Adviser and Board Secretary, PAANEAH Foundation is a Barrister and Solicitor, with a specialization in Business Law. She is a member of the Nigerian Institute of Management and an Associate member of the International Chartered Institute of Arbitrators, with clientele comprising private individual, corporate organizations and National bodies.

We Can Change Everything Together.